Former Canberra Cafe Operator Faces Court   –   10 March 2017
The former operator of a Canberra café is facing Court for alleged serious contraventions of record-keeping and pay slip laws.
The Fair Work Ombudsman has commenced legal action in the Federal Circuit Court against Global Trading and Investment Group Pty Ltd and its former director, Dr Nathem Al-Naser, who formerly owned and operated Café on Benjamin, located at the Westfield Belconnen Shopping Centre.
It is alleged that when Fair Work inspectors attempted to audit Café on Benjamin, the limited availability of time-and-wages records prevented them from completing a full assessment of whether four young employees, aged between 18 and 24 during the relevant contravention period, had been paid correctly.
Inspectors allegedly found that Dr Al-Naser and his company had also contravened workplace laws by failing to issue three employees with pay slips. One employee was intermittently provided pay slips that failed to have sufficient details.
The audit of the café was part of a proactive auditing campaign by the Fair Work Ombudsman in Canberra in 2015.
The company back-paid four junior café workers a total of $19,469 following intervention from the Fair Work Ombudsman.
Dr Al-Naser faces maximum penalties of up to $5,100 per contravention over three alleged contraventions of the Fair Work Act, while Global Trading and Investment Group Pty Ltd faces penalties of up to $25,500 per contravention.
Fair Work Ombudsman Natalie James says serious record keeping failures are of grave concern for the agency.
“When we come across alleged record-keeping that is so sub-standard it prevents our inspectors from determining whether employees are receiving their minimum entitlements we take these matters very seriously,” Ms James said.
“We also take these matters very seriously when we come across examples where records have been manipulated to mislead and conceal the true nature of what is occurring.”
“We support the Government’s proposal to increase penalties for serious record-keeping contraventions.”
In addition to the penalties, the Fair Work Ombudsman is seeking a Court Order requiring Dr Al-Naser to register with the Fair Work Ombudsman’s My Account portal and complete all education courses for employers.
The matter’s first court date is listed in the Federal Circuit Court in Canberra on March 20.
Employers and employees seeking assistance can visit www.fairwork.gov.au or contact the Fair Work Infoline on 13 13 94. An interpreter service is available by calling 13 14 50 and information on the website is translated into 27 different languages.
Resources available on the website include templates for pay slips and time-and-wages sheets and the Pay and Conditions Tool (PACT), which provides advice about pay and other entitlements.
Ms James says she welcomes the Government’s commitments to enhance workplace laws to better protect vulnerable workers, including increasing applicable penalties for serious record-keeping contraventions.
NOTE: The current operators of Café on Benjamin had no involvement in any of the alleged contraventions details in this media release. 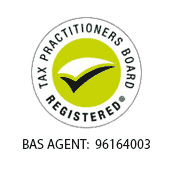 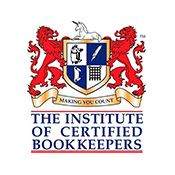 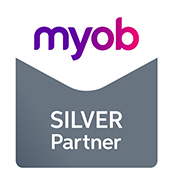